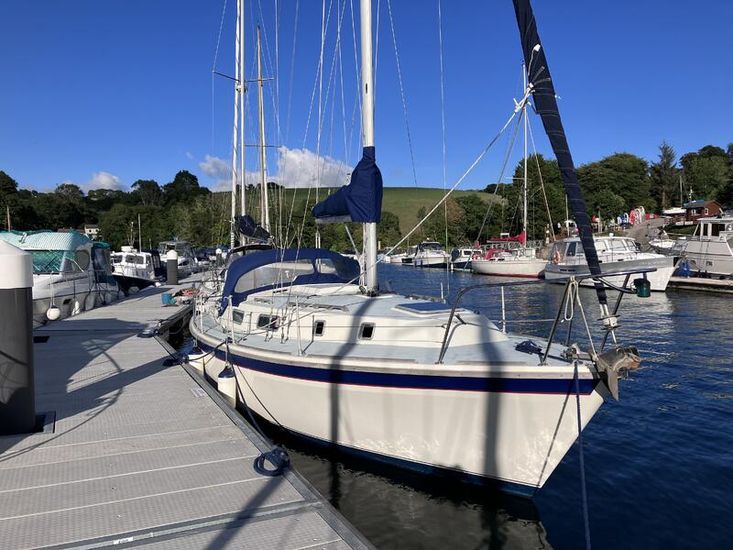 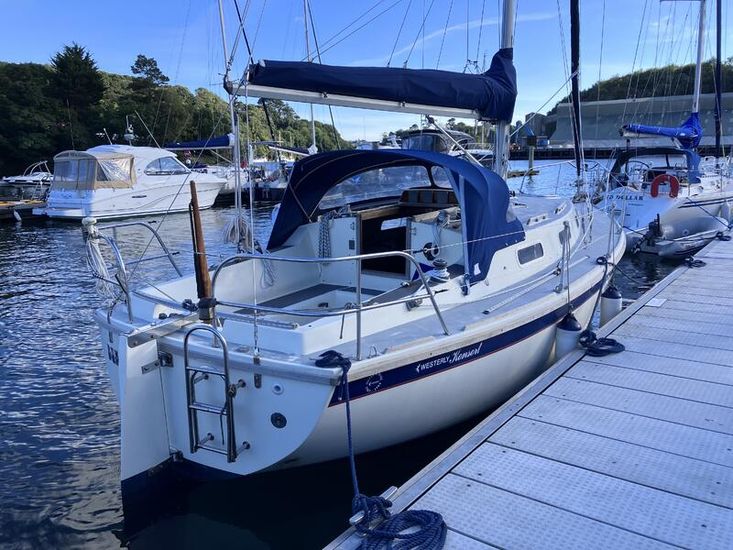 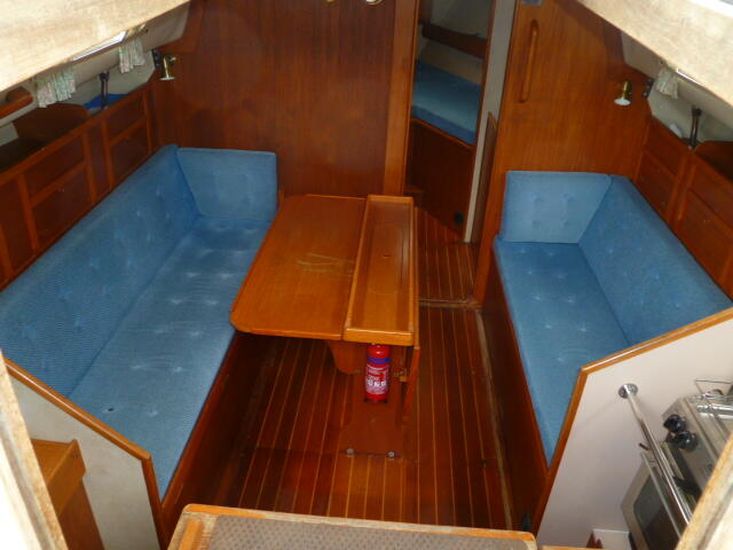 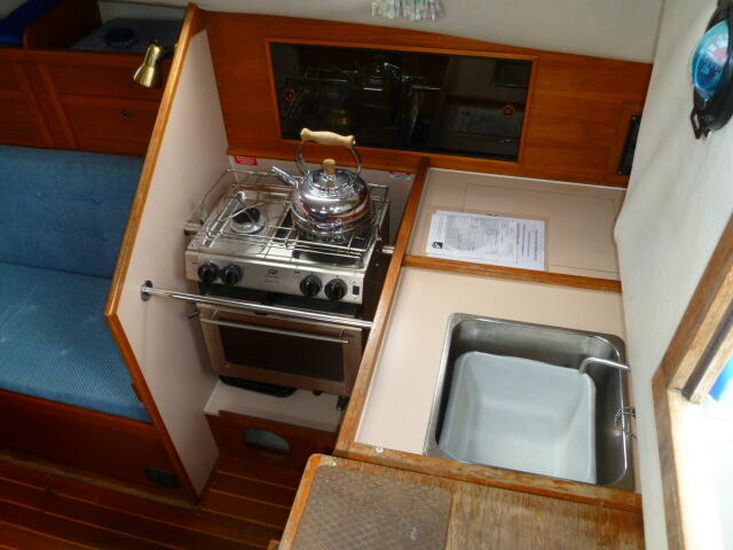 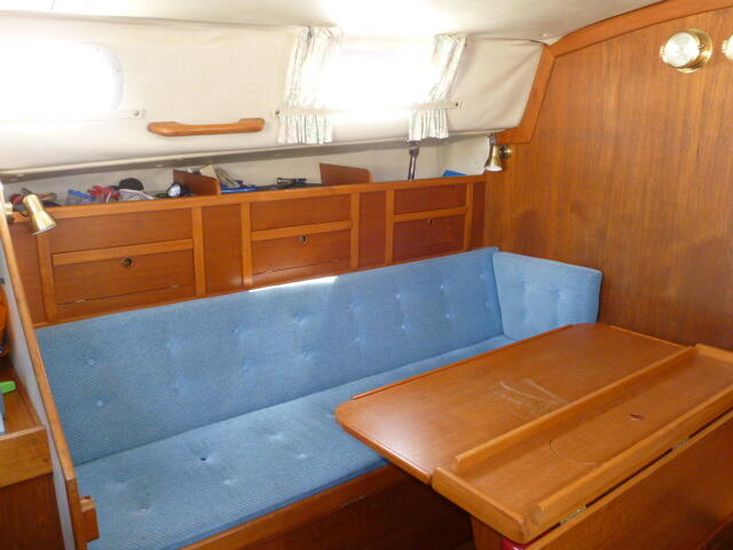 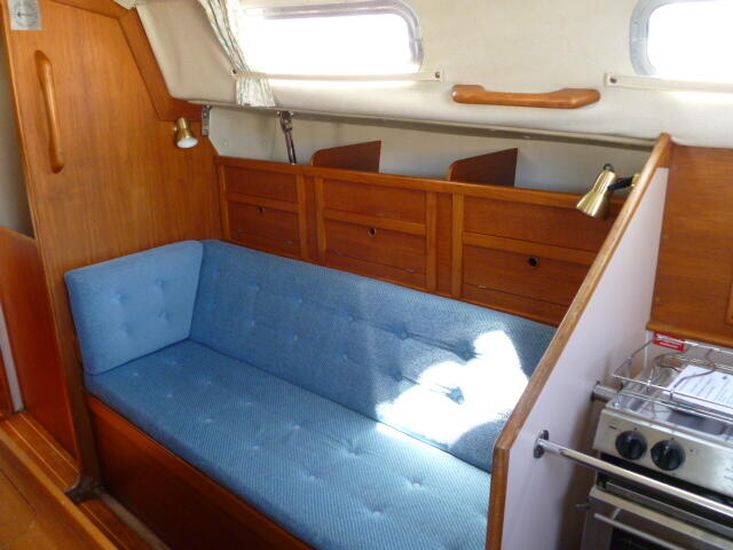 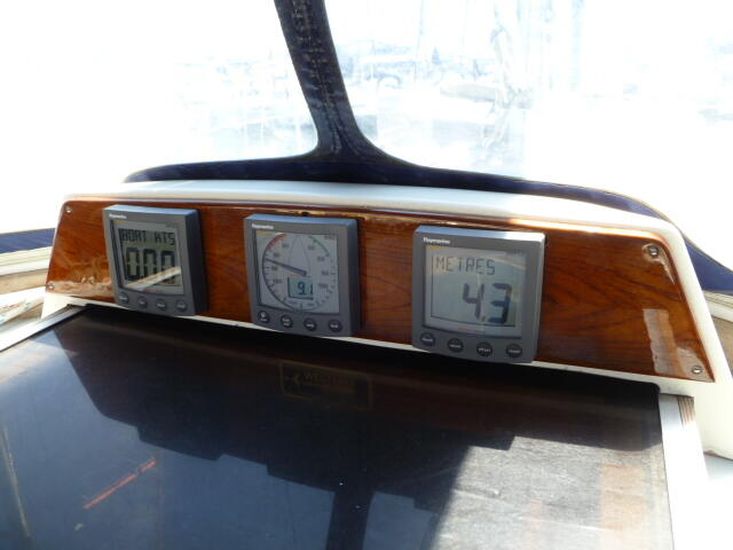 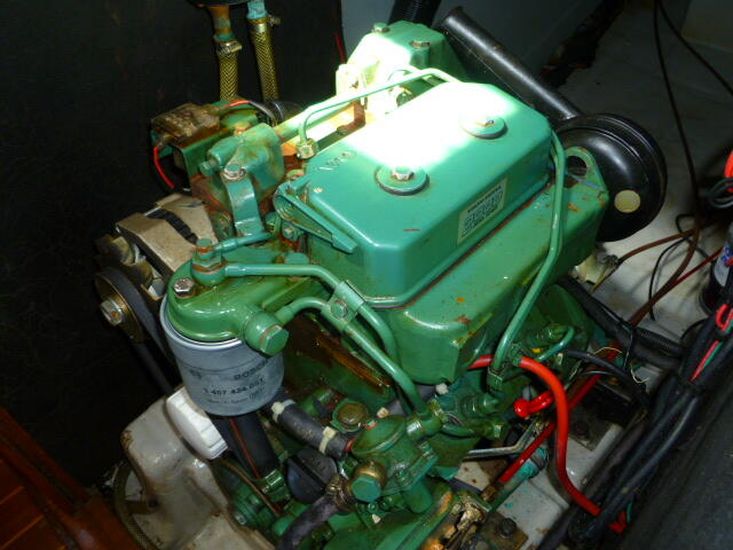 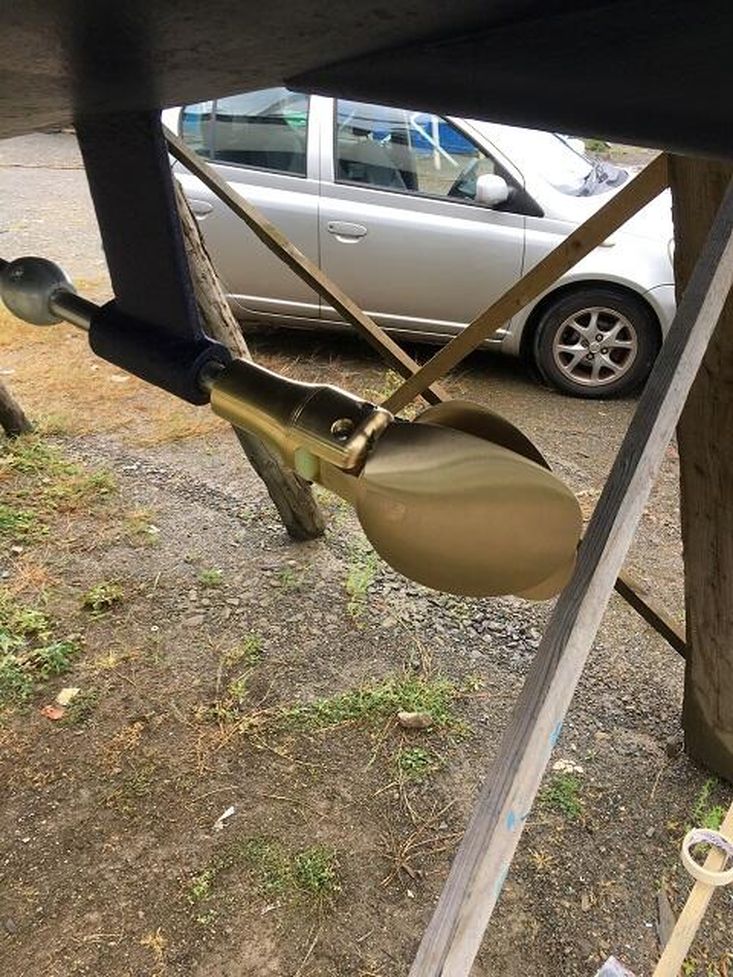 A very nicely presented, FIN keeled example of the very popular Westerly Konsort, well maintained and extensively equipped with many recent upgrades. Designed by Laurent Giles, supplied by Westerly Yachts Ltd. in 1988 to Jubilee Anniversary spec (commissioned Feb 1989), 'Bunbury' with her yard number of E83 and Sail No. KT662, is one of the youngest fin-keeled examples of the ever-so-popular Konsort.

'Bunbury', currently owned by a professional superyacht skipper for his own family's use and in the previous ownership only launched for six weeks' use in the school summer holidays this boat has been lightly used, well updated with niceties such as self-tailing winches, fresh sails and 'Flexofold' folding propeller, she has been professionally and well maintained.

Bunbury's bilge areas are 'as dry as a bone', the majority of teak veneers in good order and the forward cabin and quarter berth areas professionally re-lined. All this in addition to the earlier replacement of the primary instrumentation and canvas works in her relatively recent past together with refrigeration within the top-opening coolbox.

If you enjoy your sailing, but need the volume offered by the Konsort and appreciate the build quality and wooden finish of a prime Westerly-built yacht - all at under 30' then this is the boat to look at.

Be quick - this is a prime example of the class and early viewing is genuinely recommended!

Forecabin with vee berths and infill, side shelving and overhead hatch.

Heads compartment: with Jabsco marine-flushing toilet (2013), pull-out wash basin and hand pumped cold water. Under-deck closed locker. Large hanging locker, with divider opposite the heads compartment. The lining to the hull side in this area is coming away and could do with replacement.

History:
As touched upon above, this Konsort has been known to one of our team; James Green - who first surveyed her in 2001, when the second owners bought her from one of their cousins. Between June 2016 and his retirement from surveying James carried out all the annual maintenance on behalf of the owners - we know this boat very well! Then 'Bunbury' was bought by a personal friend, former yacht surveyor and professional superyacht skipper through ourselves in 2019.

Professionally maintained in earlier as well as in later years, 'Bunbury' was lightly used for family boating that was restricted mainly to the 6-8 week school holidays for Mum, Dad and two children - for many years the boat was literally launched in July and laid up ashore again in the first week of September, with the engine being promptly serviced and de-commissioned, sails removed and running rigging laundered as necessary before being stowed below. The boom was always stowed below, together with all the canvas work.

The hull's topsides were compounded and polished to high standard in 2016, with replacement vinyl coveta and waterline stripes applied and then lightly polished and waxed again in subsequent years.

Interestingly [and somewhat notably], the deck paint has never been re-painted and arguably it is currently now over-due for a re-paint. Both James and the current owner Ian have never quite got around to doing the job: not so much of a fault, but a minor detraction that we draw your attention but also see as opportunity to paint the coachroof in contrasting white to reflect the heat of the sun and minimise heat below.

The Volvo Penta 2002, twin cylinder (18 BHP) diesel is the original engine, BUT, and significantly, because this Konsort has been dry stored ashore for so much of her life, the engine hours run will have been very low and we've never known a VP 2002 to start as easily and readily as this one.

A replacement lip seal by Volvo Penta (fitted 2021) is fitted to the inboard end of the stern-tube and the engine has been properly realigned to the stern gear. The original two-bladed propeller has been replaced by a self-folding 'Flexofold' propeller and gives the yacht an additional 1/2 knot motoring performance plus better sailing performance too!

A generous number of engine spares, including engine and gearbox oil are left on board.

The electrical systems have been updated and upgraded slightly with an additional 4-way circuit breaker panel supplementing the original standard one, with two 110 A/hr batteries serving as a 'Services' bank and a 90 A/hr battery for engine cranking, both switched through individual double pole switches and a bridging link provided. Charging is by means of the engine mounted alternator and a 240V AC (20A) battery charger.

Bermudan, masthead sloop rig on Isomat spars (badged as Westerly Masts), with a Rotostay reefing system fitted on the forestay. The standing rigging was renewed March 2010. Halyards and reefing lines are led aft to banks of stoppers and two single-speed winches at the aft end of the coach roof.

The main working sails were purchased in spring 2017 from Swift Sails of Plymouth, but the mainsail was only bent on for the first time in 2018 and is provided with three sets of reefing points and is covered with and supported on the main boom by a blue-coloured acrylic 'Packaway' sail bag and lazyjacks (all new in summer 2018).

The main halyard and Jib sheets were replacements in 2020.

General note on safety equipment: Any safety equipment such as Liferafts, EPIRBS, fire extinguishers and flares etc. are usually personal to the current owner(s) and if being left on-board as part of the sale of a used vessel may require routine servicing, replacement, or changing to meet a new owners specific needs.